Cardiomyopathies are the most frequently diagnosed cardiovascular disorders in cats and the most common of these is hypertrophic cardiomyopathy.

Echocardiography is used to investigate cats with heart murmurs, but has become a common screening test for breeding purposes. The objective of this study was to evaluate normal echocardiographic measurements in a population of healthy cats from Italy.
The Osservatorio Italiano Veterinario Cardiopatie (OVIC) is an Italian animal screening program, mainly for breeding purposes, of canine and feline cardiovascular diseases. Two thousand one-hundred thirty-eight echocardiographic examinations of cats from 2007 to 2019, were analyzed.
Cats were included if they were at least one year old, if they had no history of systemic diseases, if pulmonary and cardiac auscultation was normal and if echocardiographic examination showed no congenital or acquired heart disease, or other cardiovascular abnormalities. Isolated hypertrophic or abnormal papillary muscles and presence of systolic anterior motion of the mitral valve were considered equivocal parameters and so met the exclusion criteria. Pregnant or lactating cats were excluded as were cats with incomplete data.

Although sedation is acceptable, we considered data only from non-sedated cats. Animals were scanned from below on echocardiographic table both from right and left recumbency according to previous published standards. Descriptive analysis was performed. The ANOVA test was carried out to check the influence of breed on echocardiographic variables.
Only breeds represented by > 30 cats were included. We performed linear regression modeling with allometric transformation to assess the association between bodyweight and cardiac variables. A value of p < 0.05 was considered significant. One thousand three hundred fifty-seven cats met the inclusion criteria. The results confirmed the positive relation between echocardiographic measurement and body weight while no significant correlation for gender or breed or age and any measurements were found.
Our study provided normal reference measurements, allometric scale and body weight prediction intervals in a population of Italian healthy cats. Body weight should be considered when cats are evaluated for cardiomyopathy, especially if HCM is suspected. In our acknowledgements, this is the largest study of echocardiographic measurements in apparently healthy Italian cats. 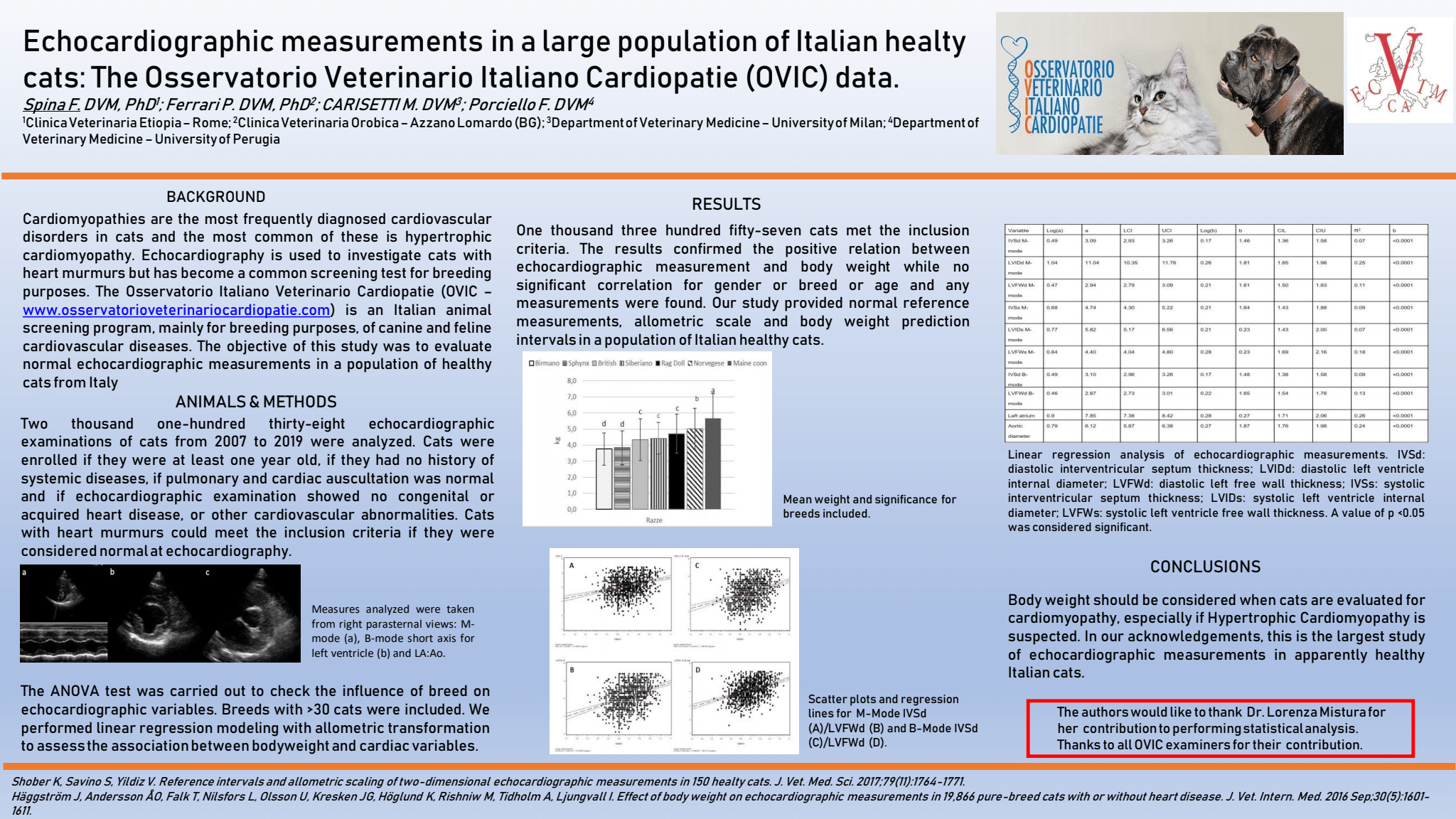