Hypertrofic cardiomiopathy (HCM) is the most common feline inherited cardiac disease and it is a major cause of morbidity and mortality.

The Italian Observatory of Feline HCM was born in 2008 from a network of clinicians, geneticists and breeders, in order to monitor and study this disease in the Italian population of cats over the time. The aim of this study is to show the epidemiological data of HCM in the feline Italian population.

The disease status was defined by echocardiography according to established guidelines (
End-diastolic interventicular septum and left ventricular free wall thickness and aortic diameter showed a positive correlation with body weight.

The prevalence of the disease in our italian feline population is lower than that reported in literature for other countries. As all breeds showed a similar mean prevalence, we suggest to sensitize even breeders and owners of non-Maine Coon cats to HCM echocardiographic screening. The correlation between linear diastolic values and body weight confirm the need to approach feline measurements with a breed oriented approach, even though guideline values appear to be adequate in most cases. To confirm this, a follow up based analysis of borderline non-Maine Coon cats and of mild HCM positive Maine Coon would be helpfull. 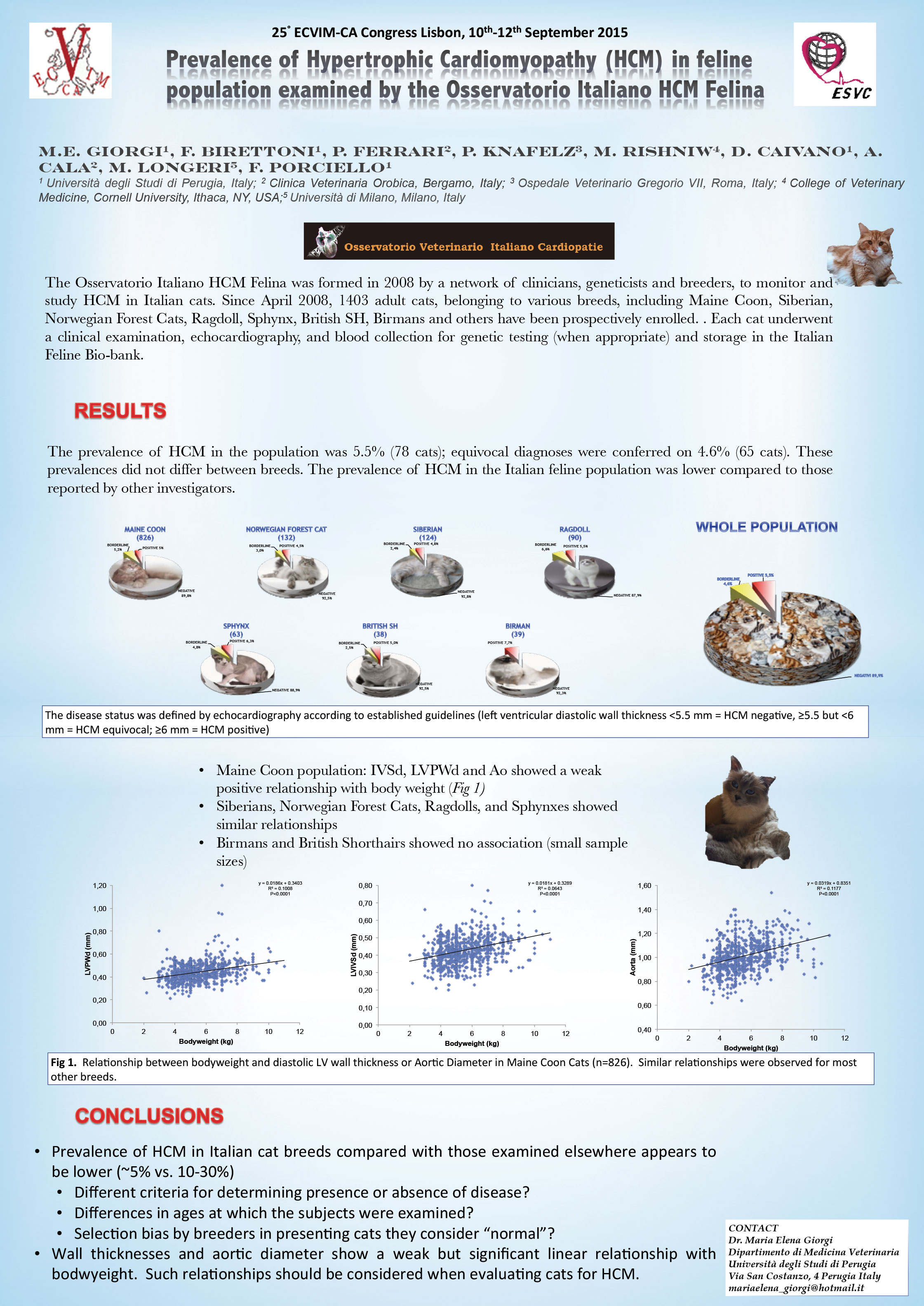