Hypertrofic cardiomiopathy (HCM) is the most common feline inherited cardiac disease and it is a major cause of morbidity and mortality.

A national database and a local surveillance service are powerful instruments for monitoring the animal inherited diseases in a Country. The increased use of genetic tests and the closer attention on everything is “genetic”, makes it important a systematic and consistent collection of phenotypes and biological samples both for the service/counselling to the breeders/owners/veterinarians and for the research. In the last decade a positive interaction between Scientists (University of Milan and Perugia), a service Lab (Vetogene), the Italian Canine and Feline Biobank, many veterinary specialists (the Osservatorio Italiano HCM Felina) and the breeder associations and fancy clubs, was successfully established (1).

Blood and DNA samples of more than 30500 dogs and 4200 cats were collected in the Biobank, the great majority tested for the most important genetic diseases or for genetic profiling. Out of the cats, 1272 were enrolled in the Osservatorio: 737 Maine Coons, 126 Norwegian Forest cats, 119 Siberians, 86 Ragdolls, 58 Sphynxes, 38 BritishSHs, 38 Birmans, 16 Bengals, 34 random bred cats.and with less than 10 cats each breed Persian, Exotic SH, Turkish van, Scottish Fold, Chartreux, Devon Rex, AmericaSH. Their detailed clinical data were recorded. In the 7 most represented breeds, HCM (grouping mild, moderate and severe cases) showed an average % of clinical positiveness of 5.14% (st.dev 1.76) ranging from 2.6% in the BritishSHs to 7.89 in the Birmans. Affected random bred, Bengal and Persian cats were also recorded. The Osservatorio’s model is now expanding to some dog breeds. More data are provided on the diseases epidemiology, a prospection on the follow-up of the enrolled animals and on the next step aimed to connect this local model to the European and world network. 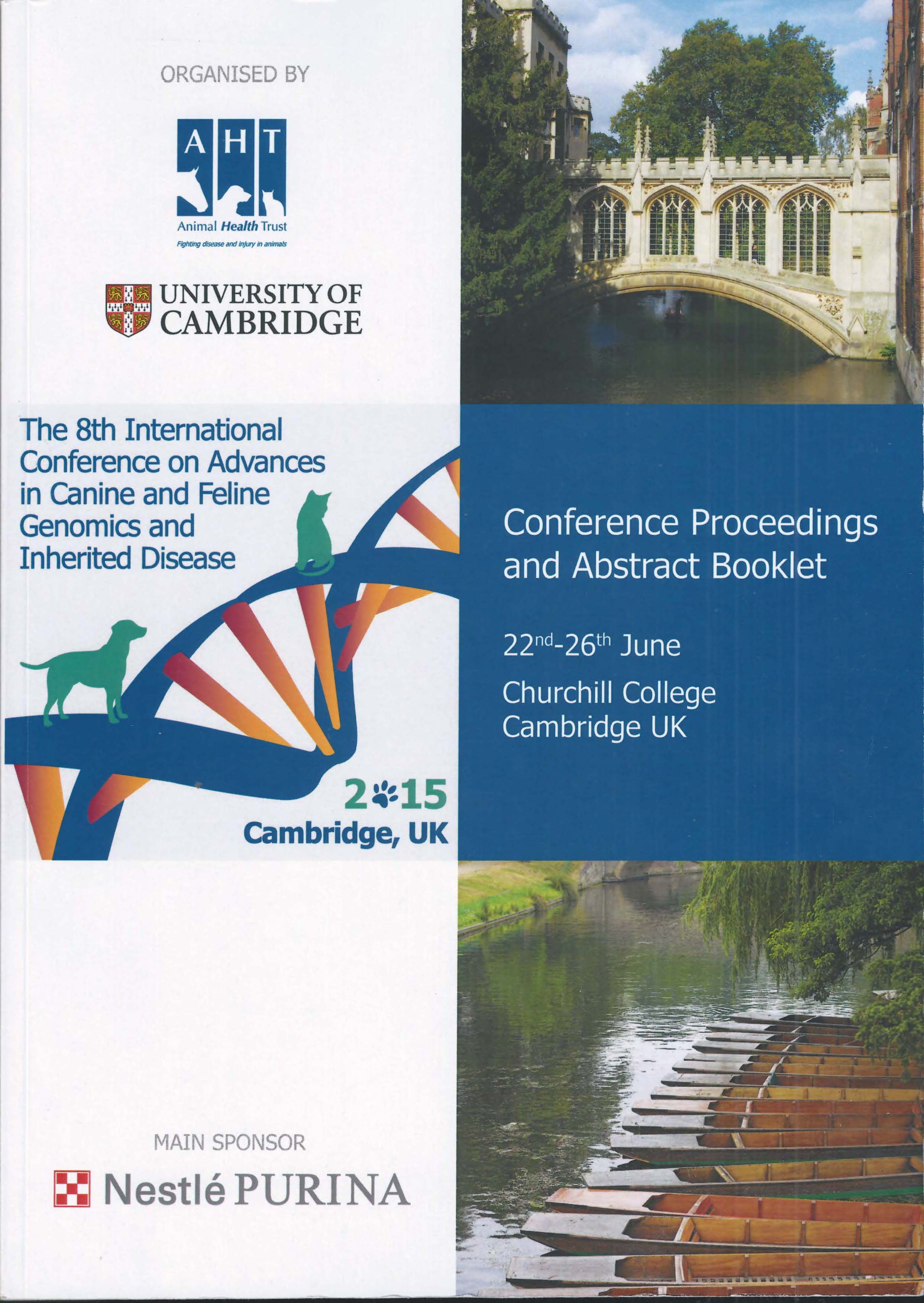 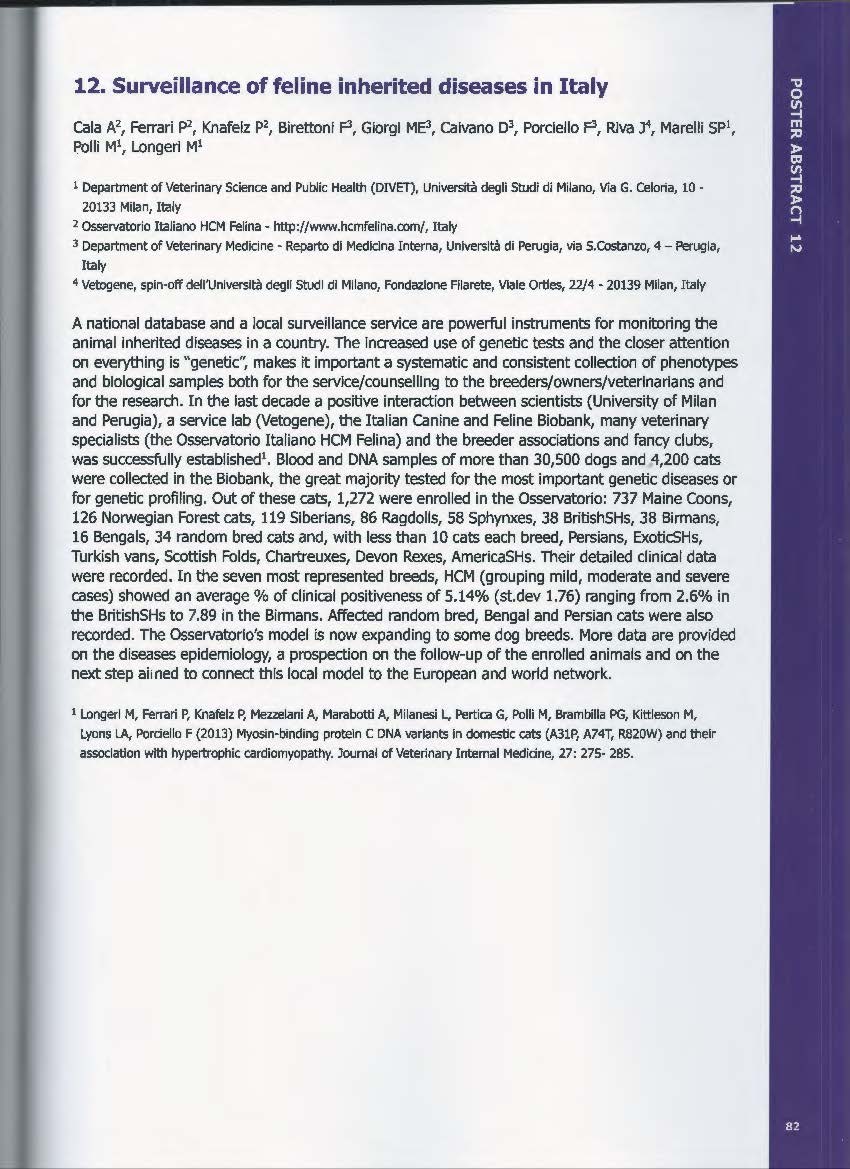 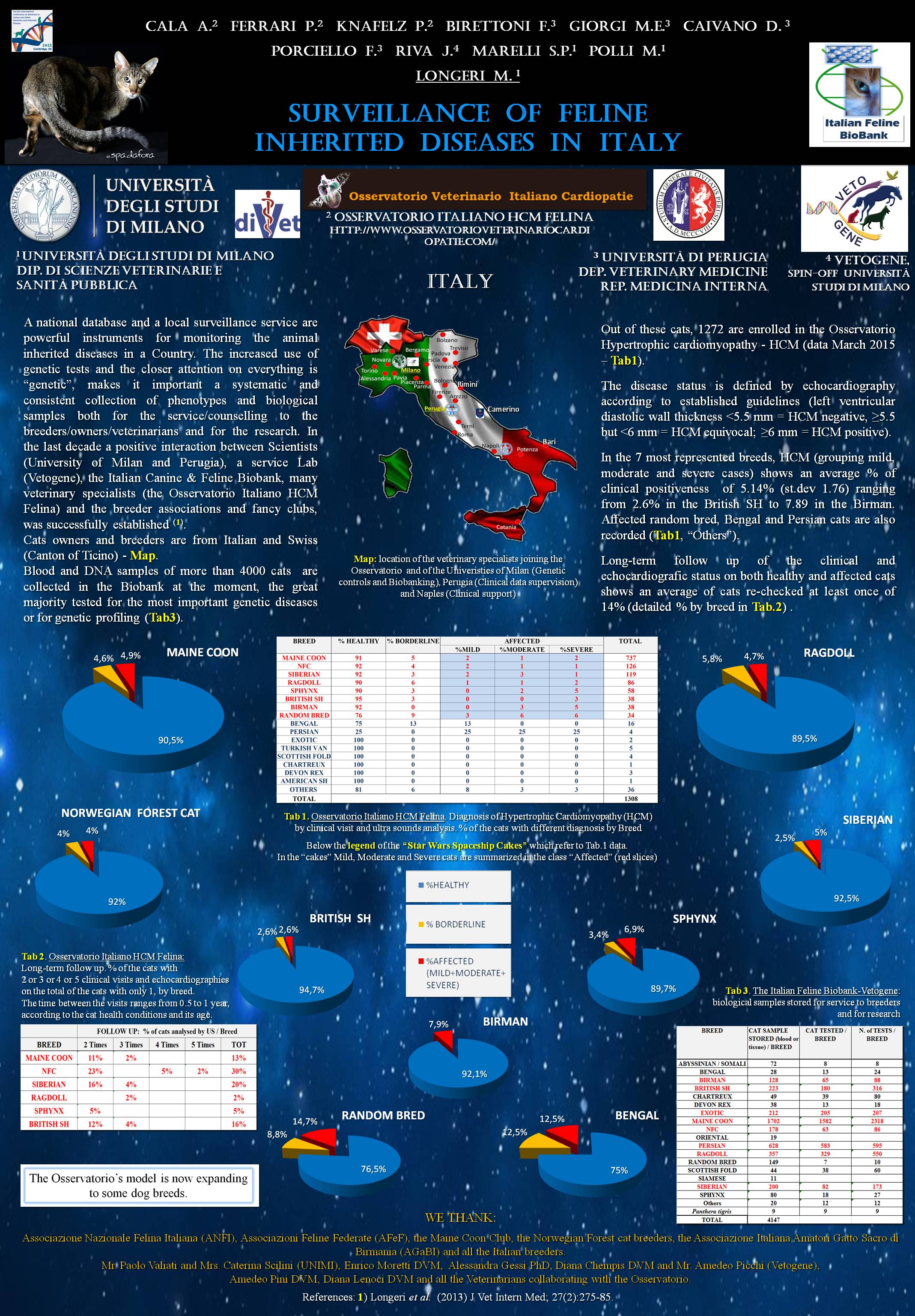